Facts About Diabetes and Life Insurance 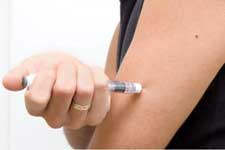 Diabetes ranks as one of the most common illnesses in the United States, and is fast becoming one of the major causes of fatalities thanks to the upsurge in obesity and a national decline in the general state of health.

As grim as this sounds, with an early diagnosis and the correct course of treatment, diabetes can (even in its most severe form) be successfully treated. It is therefore necessary that you know the facts and are aware of the dangers, and also that you get regular checkups from a medical professional in order that they can monitor your condition and look for changes in your physical state. When you have your condition firmly under control, you may want to take some time to consider life insurance for diabetics.

There are 3 major types of diabetes, namely: type 1, type 2 and gestational diabetes. These can be identified accordingly:

Diabetics can be denied life insurance on the grounds that they are likely to claim on their policy at some point. This is a concern amongst the diabetic community, as it leaves their future uncertain and adds extra stress to an already difficult situation.

This is plainly unethical and morally unjust, yet it is allowed by law and thus insurance firms often refuse to take the gamble. We at BeyondQuotes.com believe this is plainly wrong and at odds with the principles of insurance. This is why we offer guaranteed-issue life insurance, including quotes for those suffering from a pre-existing medical condition. Regardless of whether you have had a medical condition, such as diabetes, cancer, heart disease or any condition that could possibly see you denied life insurance, we will insure you. This is our guarantee!